A Skull Cap and Round Cap

These two hats are both skull caps, though I call the longer ones round caps to distinguish between the lengths of the hats. 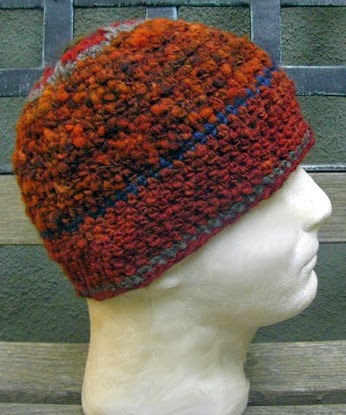 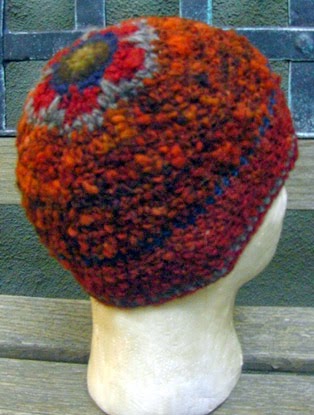 This first one is a round cap because it covers most of the ears.  It's made from Corriedale, Suffolk and Merino wool.  The two tone effect is a result of the natural lanolin in the wool which causes the dye to be taken up in varying amounts.  This makes for a more textured look.  Fine for either gender, but probably a little bit too large for most children.  It's a medium large. 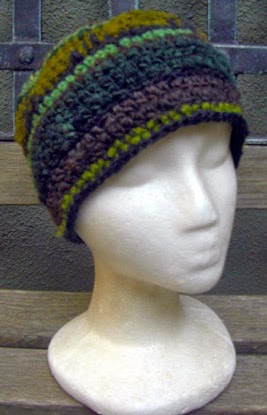 This one has a bit more detail in the design and is a nice combination of earth tones.  It's a medium to medium large size and covers about half of the ears.  It's mostly wool (Romney, Corriedale, and Suffolk) with black silk and medium olive trim.  The darker olive is close to a brown. 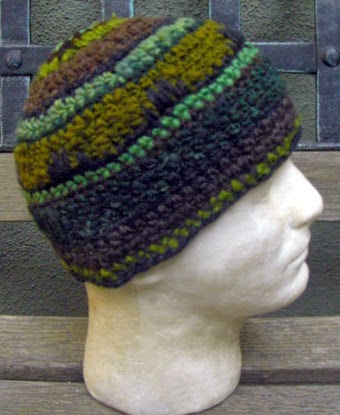 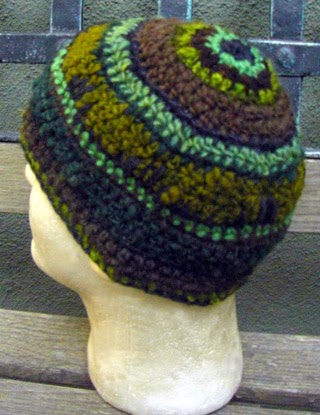